On June 5, 2015, we were honored to co-host a lecture by Alejandro Zaera-Polo in collaboration with Keio University. 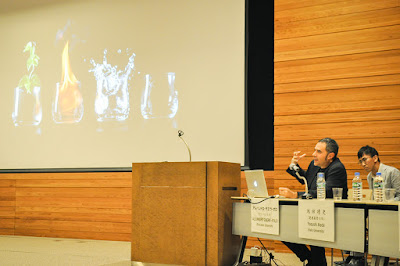 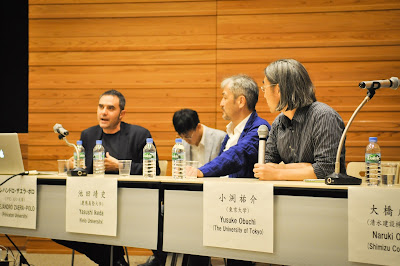 Alejandro Zaera-Polo is the co-founder of Alejandro Zaera-Polo & Maider Llaguno Architecture, an international practice based in London, Barcelona & Zurich. He was a founding partner of London-based Foreign Office Architects. His award-winning projects include the Yokohama International Cruise Terminal in Japan, which is noted for the interplay of architecture, landscape and infrastructure. Among his notable projects are the Birmingham New Street Station Redevelopment, the Ravensbourne College of Design and Communication in the United Kingdom, the Carabanchel social housing project in Madrid, the Meydan retail complex and multiplex in Istanbul, the Spanish Pavilion at the 2005 International Expo in Aichi, Japan, and the Dulnyouk Publishing headquarters in Paju, South Korea. Zaera-Polo has received many prestigious honors for his work, including the Enric Miralles Prize for Architecture, five RIBA awards from the Royal Institute of British Architects, the Venice Architecture Biennale Award and the Charles Jencks Award for Architecture.
While maintaining his international practice, Zaera-Polo has played a significant role in the academic discipline of architecture. In addition to his teaching at Princeton, he has served as dean of the Berlage Institute in Rotterdam, and currently occupies the Berlage Chair at the Delft University of Technology in the Netherlands and the Norman R. Foster Visiting Professorship of Architectural Design at Yale University. As a theorist, his writing has appeared in international publications such as El Croquis, Quaderns, A+U, Arch+, Volume and Log. His writings are collected in "The Sniper's Log" published by ACTAR, Barcelona in 2013.
Posted by Kaz at 21:00